As Boeing is gradually bringing back the Boeing 737 MAX to the market on its way to regain cash cow status for the company, Boeing has now announced it will reduce output for the Boeing 787 Dreamliner to 5 aircraft per month starting mid-2021. The news comes just a day after Boeing and Ryanair signed an agreement for the purchase of 75 Boeing 737 MAX jets aiding the struggling jet maker’s production plans.

The reduction of the production rate does not come as a surprise. In earlier stages, orders and deliveries from China remained largely absent due to the US-China trade conflict in which commercial aircraft orders play a big role to balance the scales. With the pandemic, the aspect of the conflict faded into the background as the wide spreading of COVID-19 brought the air travel market to a standstill.

International travel is still down considerably

The reason for jet makers to dial back production on wide body programs even further is because these are costly machines to manufacturer and with demand dried up they become a cash burden on the jet maker. Manufacturers have continued production, but some aircraft that were delivered to customers were directly put in storage and others were not even delivered and await delivery at a point in time where demand will have recovered. 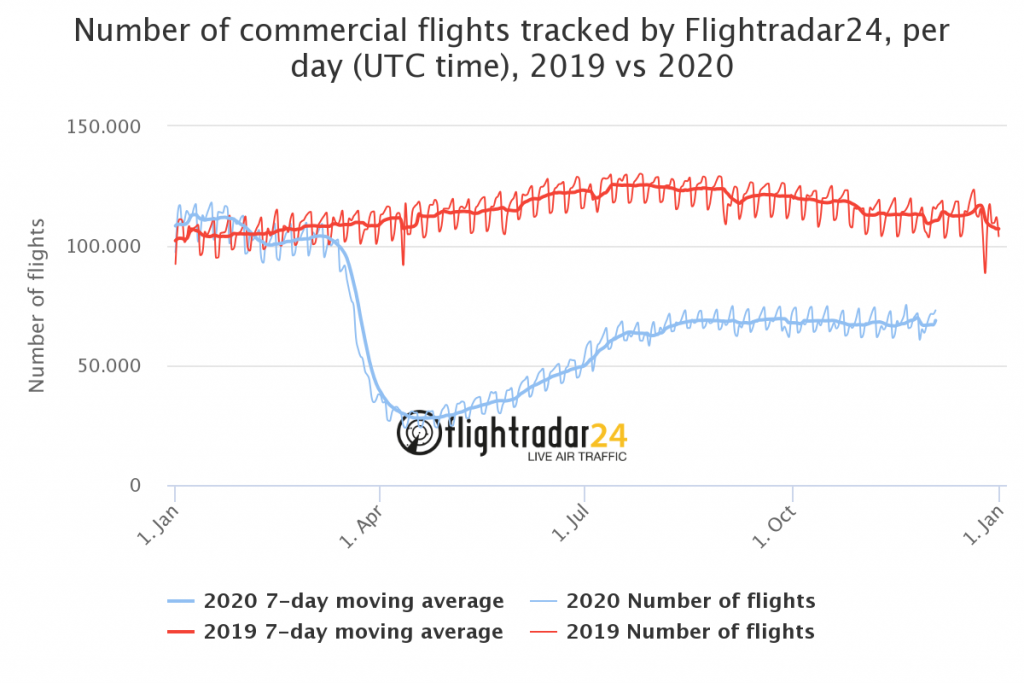 With the latest reduction in production levels for the Boeing 787, Boeing is bringing the production levels in line with a slower recovery pace that it expects for air travel demand so it can better serve the market when demand starts showing more robust growth.