Game Over For Airbus’ Biggest Jet The Airbus A380?

A year ago, Airbus had 319 total orders for its superjumbo and had delivered 200 aircraft. This left 119 orders in backlog. But after reducing the backlog with infinite deferrals and orders that were unlikely to materialize the backlog of which it can be expected that delivery will occur shrunk to 70 units. 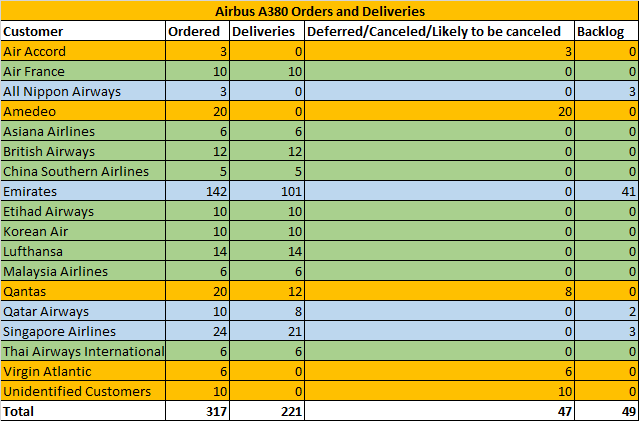 Despite presenting the Airbus A380plus concept that should increase value of the A380 to airlines, the European jet maker has not been able to seduce any airline to place orders for the Airbus A380 or Airbus A380plus. Even an order from the A380’s most dedicated customer, Emirates, did not come to fruition as the airline required a production guarantee from Airbus.

During the year, Airbus delivered 21 aircraft: