Potential For The Airbus A380

We recently wrote a report covering the backlog of the Airbus A380. One observation from our side was that if Airbus does not secure an order from Emirates the program will ultimately be facing a shutdown. Some readers deduced from the article that AeroAnalysis is not seeing any future for the Airbus super jumbo. That is not the case. We are currently penning a report that has a closer look at what makes things so difficult for the A380 and what it future looks like. That report, will be a bit bigger than most of the AeroAnalysis coverage. The unfinished article already is over 2,000 words, while we noticed that articles with far less than 2,000 words are more readable for my audience. Therefore, we are taking one the biggest subjects of the article and for the Airbus A380 program and putting it in a separate article before publishing the ‘bigger picture’. That subject is: Demand for the Airbus A380. 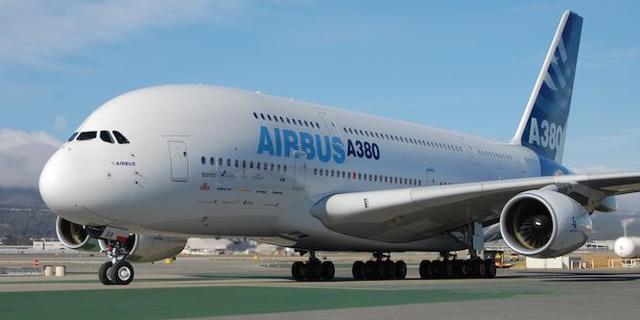 An important reason or better said the most important reason to keep a struggling program alive at minimum production is the chance of revival in demand. The difficult thing here is to zoom out and look at what orders or demand we could reasonably expect for aircraft in the seating class of the Airbus A380. It is difficult to assess the prospect for the A380, because various aircraft manufacturers and companies divide the aircraft market differently and the VLA segment is not well-defined.

By simply dismissing the VLA category as a whole or better said joining it in into a single category, Boeing is creating some space for itself to present the Boeing 777X and particularly a potential Boeing 777-10X as the best solution for airlines looking for an aircraft carrying more than 400-450 passengers while it does not have to detail the demand it sees for such aircraft. The most important reasons for erasing the VLA category is that if Boeing sees no demand for its own Boeing 747-8 passenger aircraft, any demand for aircraft it sees in the category would be demand to be filled by Airbus with the A380. The last thing Boeing would want to do is helping its competitor forecasting sales. Boeing has therefore chosen to redefine the VLA category and subsequently eliminate the category altogether.

What we do have, however, is Boeing’s sales forecast from 2016. In that year it forecast 430 deliveries over a 20-year time frame. Airbus on the other hand forecast demand for 1,184 very large passenger aircraft, where it defines the VLA segment as aircraft with 450+ seats. This should have provided some clarity, were it not that Bob Lange, Airbus Senior Vice President, Head of Marketing and Product Strategy, would have stated that any aircraft delivered with a seat count of 400 and higher is considered a VLA category delivery. So a single class Airbus A330 delivered with over 400 seats counts as a VLA to Airbus and that is odd to say the least. Given that Airbus in their data uses 450+ seats and internally seems to be using 400+ seat counts with no proper definition, there are more questions than answers regarding the Airbus forecast. One thing that can be deduced is that the VLA deliveries of 1,184 aircraft in the view of Airbus are not all forecast deliveries for the Airbus A380. While the Airbus forecast should shine some light on the expected deliveries for the Airbus A380, it does not do such thing due to a lack in consistency and I am honestly not buying the story of how Airbus categorizes deliveries.

There are 3 market forecasts, but they are hard to compare because companies use different methodologies to categorize aircraft. Airbus has interpreted the VLA market most freely, while Boeing and JADC have set their expected deliveries for the VLA market between 430 and 627 deliveries. Slashing the Airbus number by half, we get to 592 units. It is no secret that Boeing has not been particularly upbeat about the VLA segment so naturally its forecast is lower than that of Airbus. However, the Airbus number divided by two and the JADC figure are in agreement. From an Aircraft Value News article, we obtained the following graph:

You might wonder what is the point in checking a forecast from 10 years ago. It is quite simple, we can look at the forecast deliveries and actual deliveries in the first 10 years. Forecast demand stood at 520 units versus 207 deliveries that actually took place for the A380 and 41 Boeing 747-8I aircraft. From these figures it seems that Airbus was off by 52% on their forecast. That is where it becomes interesting, because if we reduce the 1,184 by 60% forecast in 2017, we get to roughly 550 deliveries. Using the figure forecast in 2007 for the 20 year period, we get to 611 deliveries. So the rough correction that I applied earlier by dividing whatever Airbus forecasts by two puts the forecast close to 600+ units forecast by JADC, while forecasts versus actual deliveries suggest a figure of roughly 550 units.

Concluding, on the bearish side we have Boeing with roughly 430 deliveries forecast, in between with a corrected figure we have Airbus with 550 units and on the high end we have JADC with 600 units. You can pick whatever forecast you deem fitting, but it pretty much boils down to 400-650 units if we remove all corrective talks of how the market is categorized. That might be the disappointing part of the story. Airbus and Boeing both forecast demand or at least present their findings, but while their activities overlaps to a major extent they seem to present the market outlooks in a way to fit their product line instead of matching the product line up with forecast demand. Boeing is dismissing the VLA category because it fits the story for the 777X, while Airbus joins far too many deliveries into a single category that isn’t well-defined.

Where do orders need to come from? 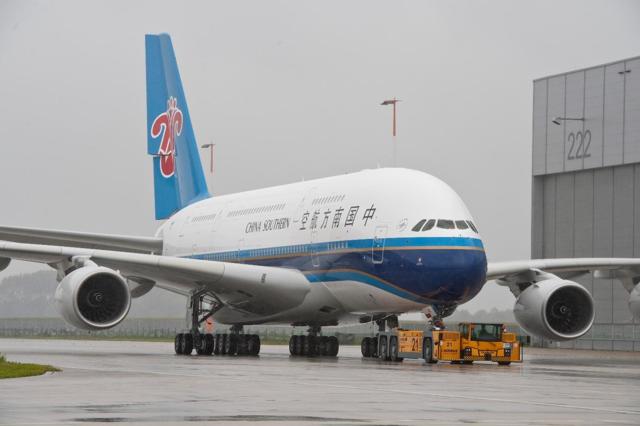 Currently the carriers from the Middle East are the biggest operators of the Airbus A380 accounting for over 50% of the delivered superjumbos followed distantly by Asia with 25% and Europe with 15%. Airbus is unlikely to find any customers for the Airbus A380 any time soon in North America. North American carriers deem the aircraft too big while European carriers are assumed to operate the Airbus A380 to support the program of a European jet maker and not so much because the aircraft fits their fleets. The airlines on the African continent don’t have the demand profile required to successfully deploy the superjumbo and carriers on the South American continent are struggling to consistently book profits making an Airbus A380 a risky acquisition. Qantas, the sole customer for the A380 in Oceania, is moving away from the A380 and is working with Airbus and Boeing to order smaller wide body aircraft that will range capability specifically tailored to the needs of Qantas.

So that leaves much of the orders to come from the Middle East and even more from Asia. Some aircraft will be retained for Hajj service. These aircraft could be coming from carriers in the Middle East replacing their older airframes with new ones. We are also expecting the A380 fleet to continue growing as demand for air travel continues to grow worldwide, but also in the region. We think where Airbus has expected more orders for its A380 is Asia.

The Chinese market is booming and the Indian market is seeing rapid growth. In fact, the Indian market currently is the fastest grower. Most of the growth is obviously is on the domestic market and in the region, not necessarily requiring the Airbus A380. India’s Kingfisher Airlines had the Airbus A380 on order at some point, but while this market is seeing rapid growth successfully deploying wide body aircraft remains challenging. When we mention Asia in the context of demand for air travel and aircraft, most people think about China. You would think that the A380 has made some solid sales by now in China. Reality is it didn’t. Out of 54 deliveries to Asian carriers, 21 were to Singapore Airlines, 12 to Thai International Airways and Malaysia Airlines, 16 sales to Korean carriers and just 5 to airlines in China.

We think that Emirates wants Airbus to try really hard to not only guarantee production for the years to come, but also validate the business case for the A380 with an order from an airline other than Emirates. What is challenging is that discounting the Airbus A380 has not led to a big uptick in orders if at all. So there are other concessions to be made and we think China offers some possibilities there. Airbus already is present in China with an assembly line for the A320 and a completion and delivery center for the Airbus A330. The way Chinese carriers have to order aircraft and China’s future as a manufacturer of aircraft could result in a revival of the A380 order inflow as Airbus could leverage is presence in China to sell the A380 to Chinese customers and it could even try to go the ‘A330 route’ and open a completion center in China. So there are orders to be won, but Airbus just needs to be prudent in their approach.

While Airbus forecasts demand for nearly 1,200 Very Large Aircraft, the A380 is likely to account only for less than half that figure due to the somewhat weird way Airbus defined the VLA segment. This would put the demand forecast in 3 market outlooks between 430 and 650 units. We think that is a far better reflection of demand. Important to note is that production of the A380 has long been aligned with the long term forecast. Order inflow from the Asia-Pacific region and especially China has been disappointing. Airbus, however, does have the means to include the A380 in deals with Chinese airlines where it could leverage its production presence with the Airbus A320/A330 to gather more A380 sales and it could go as far as putting a completion center in China. The partnership of some sort with China in my view would be the last effort of current leadership to cement the A380 program making it harder for the next leadership of the European jet maker to ditch the program altogether.

Note: Sometimes things develop faster than we can publish. This article was compiled on Saturday, Jan. 6. According to an article from the Financial Times, Airbus is looking for a partnership with China on the A380 program in order to gain ground with its Airbus A380.