The coronavirus has been hunting the markets on fears that the virus might reduce the economic growth of China leading to a cooldown of the global economy. What we are seeing now is that fear and optimism regarding the coronavirus are taking turns on the market. What remains, however, is that businesses are being affected. One such business is Airbus, which could be taking a hit on production as its FAL in Tianjin remains closed.

So far, companies such as Starbucks (SBUX), Apple (AAPL) and McDonald’s (MCD) have shuttered stores in China. Even Tesla (TSLA) which recently produced new all-time highs is feeling the pain of the virus as deliveries are being delayed.  Demand for air travel to and from China has fallen. There has been pressure on share prices of the big airlines in the world, but declines were somewhat tapered as airlines reported appreciable Q4 results and halted flights to mainland China trimming the losses on those flights. Cruise companies have also suffered from the coronavirus outbreak. What we are seeing is that internationally companies are affected by the outbreak due to a combination of reduced demand from the Chinese consumer market and reduced production in Chinese facilities increasing worries of an economic slowdown.

Like many things that happen in the world, there always is an aerospace or aviation angle and the coronavirus is no exception. One of those companies with an increased exposure to China is Airbus (EADSF). China is a big market for Airbus, but it also assembles aircraft in the country.

Coronavirus hits Airbus in China on demand side 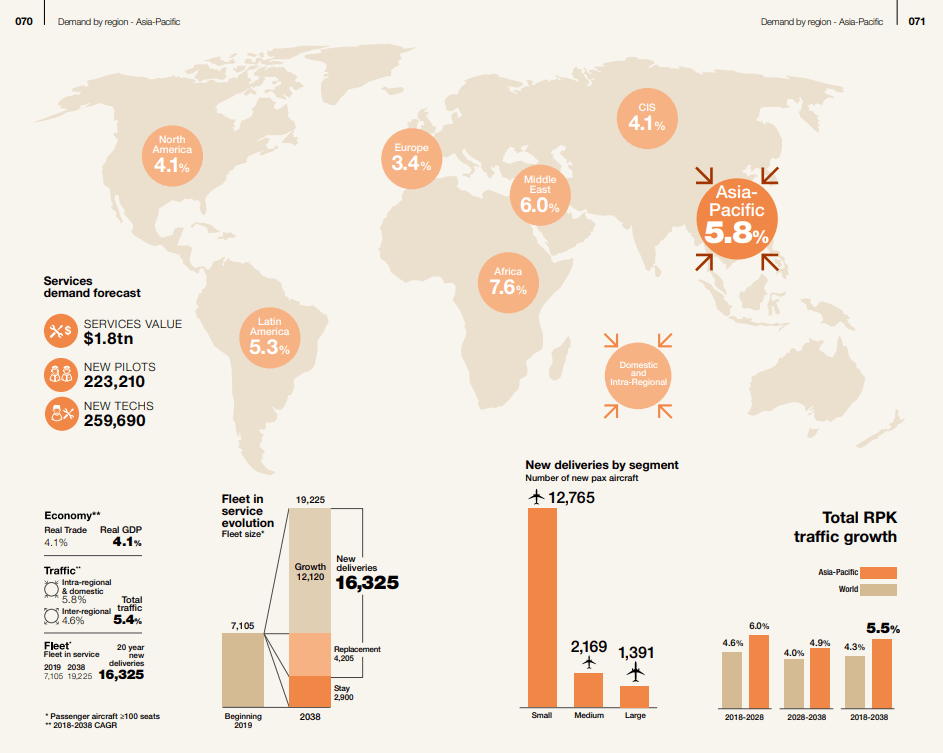 Coronavirus hits Airbus in China on supply side

China is not only important as a market for delivering commercial aircraft. It’s also part of the supply chain as the country leverages its buying power and cheap labor to attract production with long term targets of becoming industry leaders. Airbus and Boeing both have presence in China. Boeing has a completion center in China, while Airbus goes a step further having a final assembly line in Tianjin for the Airbus A320ceo family.

With the coronavirus spreading, Airbus has decided to temporary shutter the line in Tianjin. The facility was already closed for the Chinese New Year, but that has now been extended possibly affecting Airbus’s full year production. The facility had just positioned itself to start producing aircraft at a rate of 6 aircraft per month. Airbus was expected to hit a production rate of 63 Airbus A320 family aircraft per month in late 2020 on an accelerated schedule. The facility in China is not the biggest facility location, but it certainly is an important one. Assuming that the facility primarily produces Airbus A320neo aircraft, the Tianjin final assembly line is good for $300 million worth of Airbus A320neo deliveries per month or $3.6B per annum. It’s unlikely that the line will remain closed for the remainder of the year, though I have seen crazier things happen in the past 12 months, but it certainly is something that is going to pressure Airbus’s production capacity the longer the assembly line remains halted.

The longer the coronavirus stays around the more financial impact it will have. The aerospace industry could be affected as well, not just because the Tianjin line, good for $300 million, per month in revenues will remain shuttered and the aerospace supply chain is partially placed in China but because it could have a lasting impact on the economy affecting the near-term demand profile. We are not there yet, but we are seeing that companies are already suffering. Especially leisure companies and air travel companies are currently affected with airlines having dialed back or halted flights to mainland China.  The unique setup of China, being a huge consumer market and the industrial estate of the world, makes the consequences of the coronavirus outbreak more severe. The coronavirus hits Airbus in China, possibly the place where the jet maker doesn’t want to be impacted. We are not saying that the line will remain shuttered for a year, but Airbus has to take the shuttered assembly line into consideration when setting its targets for 2020.